War Room Guest Exposes Biden’s Cover Up, It’s Worse Than We Ever Imagined

Christina Bobb, a vastly experienced attorney and accomplished Marine Corps Major, was invited to the War Room by host Steve Bannon to discuss the alleged classified document crimes and cover up of Joe Biden.

Bannon stated that Dana Remus, Biden’s former White House Counsel, had not been implicated in any type of ‘storage movement’ and asked Bobb if she believed that this could be evidence of an attempted cover-up.

Bobb expressed her insight on the matter from both a legal standpoint and that of her experience in the military, which gave her a unique perspective on such matters. She was able to outline what would be necessary for there to be proof of an attempted cover-up involving Remus, citing precedent in similar cases as well as official documents outlining what kinds of activities may constitute criminal activity.

Even NBC notes these are the most classified documents we have. They have compartmented top secret, we know they are about Ukraine. They already leaked that…Why would a personal lawyer of Biden be rumaging around that closet ma’am?

Bobb concurred with Bannon’s convictions that there was absolutely no cause for Remus to be poking his nose into a closet that housed some of the most highly classified documents on record. She noted that Democrats like Adam Schiff, The New York Times, and CNN were all singing a similar tune regarding the “inadvertent mishandling” of Biden which she hypothesized was a ruse to hide something more.

This theory is further reinforced by the fact that the documents in question had to do with Ukraine, a country at the very heart of current political controversies. Bobb suggested that it seemed peculiarly suspicious that these papers were being hidden away in such an obscure spot where few knew it existed and thought it would be wise for someone to take greater action on this matter and to possibly research further into this quandary.

“Quite possibly. I think you hit the nail on the head earlier in the show. It’s a clean-up job. There’s no reason for her to be out there, other than they are trying to cover up something else.

And if you have Adam Schiff, the New York Times, CNN, and all these Democrats saying, oh his inadvertent mishandling of classified documents. They’re all singing that song. It lets you know that that’s the cover-up it’s not the actual story. So I don’t think the actual story has come out yet.”

Lastly, Bannon commented on how panicked many prominent Democrats have become in response to Biden’s actions regarding the classified documents. According to him, prominent figures from both sides are disturbed by what has been uncovered so far and he believes it will take much more information before any ultimate conclusions can be reached. 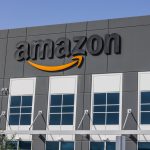 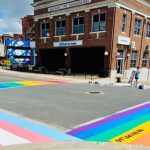 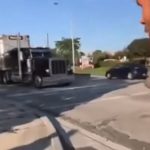 WATCH: Vegans Find Out What Happens When People Try to Stop a Truck